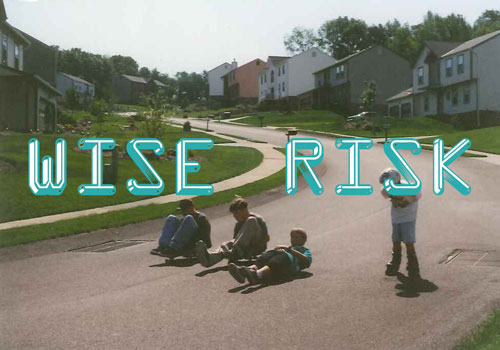 4 Whoever watches the wind will not plant;
whoever looks at the clouds will not reap.

Dietrich Bonhoeffer, a Christian leader, faced this exact issue as his home country of Germany became overrun with Nazi ideology.  A whole generation of German Christians stared into the sky looking watching the wind for a perfect time to act, afraid to risk, as Hitler took over the country.  We are talking about shocking Christian indecision here!  Most of the church in Germany stood by and watched this happen.

Eventually Bonhoeffer saw that the risk of inaction was much greater than the risk of action.  He was the first church leader that really began to stand up against the Nazi injustices at the time.  While struggling with this decision to risk for the kingdom, he wrote another church leader…

“A decision must be made at some point, and its no good waiting indefinitely for a sign from heaven that will solve the difficulty without further trouble.  …but to procrastinate and prevaricate simply because we are afraid of erring…seems to me almost to run contrary to love.  To delay or fail to make decisions may be more sinful than to make wrong decisions out of faith and love.”  – Dietrich Bonhoeffer

I love this last line by Bonhoeffer.  “To delay or fail to make decisions may be more sinful than to make wrong decisions out of faith and love.”  In other words: stop looking at the wind, at the clouds, and do something!  As Christians we miss this fundamental truth way too much.

Let me say it this way: for all our concern about the wrong lifestyles of others and the sins of others, what if one of the greatest sins of all was never risking for the sake of the kingdom?  What if God was actually more concerned with how much we were willing to risk for the kingdom than how close we got to our religious checklists?  What if not risking were the greatest risk of all?

That is what Jesus seems to indicate in with the parable of talents in Matt 25.  Jesus explains the parable saying…

14 “Again, it will be like a man going on a journey, who called his servants and entrusted his wealth to them. 15 To one he gave five bags of gold, to another two bags, and to another one bag,[a] each according to his ability. Then he went on his journey. 16 The man who had received five bags of gold went at once and put his money to work and gained five bags more. 17 So also, the one with two bags of gold gained two more. 18 But the man who had received one bag went off, dug a hole in the ground and hid his master’s money.

24 “…the man who had received one bag of gold came. ‘Master,’ he said, ‘I knew that you are a hard man…25 So I was afraid and went out and hid your gold in the ground. See, here is what belongs to you.’

The Master goes on to say…

26 “His master replied, ‘You wicked, lazy servant! … 27 Well then, you should have put my money on deposit with the bankers, so that when I returned I would have received it back with interest.

So, are you living this out today?

← Chandler Interview: To Live is Christ
How did Jesus Evangelize? →